Learn How To Get Laid on Online Dating Sites

Posts in the cougars category

How To Pick Up Married Women On Serious Dating Sites

If you are someone who is looking to pick up married women, the whole Ashely Madison fiasco may have turned you off using online dating sites as a tool for your search. In case you have been living under a rock, Ashley Madison is an online site where married people looking to have an affair can find each other. Unfortunately there was a major hack, and personally identifying information about members of the site was leaked for the world to see. People jumped all over it, creating online tools that allowed you to search the leaked information with names, so you could see if your husband or wife was a registered member of this well known cheating site.

Suffice it to say that in light of these events, men like us interested in picking up married women are seeking other resources to meet women. We are going to explore serious dating sites and how they can help you pick up married women. 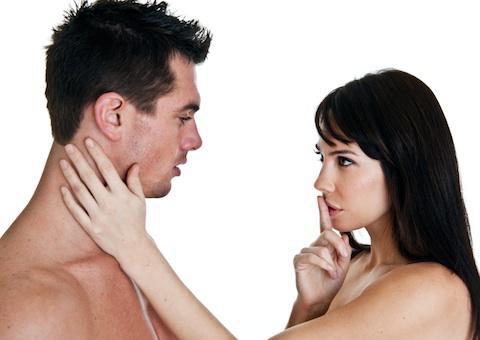 There are lots of well known dating sites around, and I can pretty much guarantee you that there are married women looking for sex on all of them. A good place to start is to read the online user reviews about the website to see if others have commented about the success or failure level of picking up married women. You may find reviews that say that this type of activity is frowned upon on a particular site, or perhaps that others have succeeded in finding what they were looking for. Most serious dating sites let you set the type of relationship you are looking for, but beware, many married women will not come right out and say that, you might have to do some legwork to find out.

I would estimate that about 50% of women on serious dating sites are in a relationship of some kind. Some are forthright about it, some are not. But the thing to keep in mind, especially when a buddy looks down on you for wanting to pick up married women, is that the married women wouldn’t be signing up for online dating if they weren’t looking for something outside of their relationship. What I have learned is that generally, picking up married a married woman online takes a little more of a time investment than picking up a single girl. But the payoff is usually worth it. Most married women who are on serious dating sites are dealing with some emotional baggage, so we have to play it cool, and feed into the emotional needs they are missing in the relationship they are in. Basically, you need to paint yourself as everything her husband is not. If this does not pose an ethical dilemma for you and your conscience, power ahead.

Married women are much more likely to look to serious dating sites for cheating than to do it in person. The risks of being caught by someone they know is lower since they can choose who they share personally identifying information with. A lot of married women looking to cheat online are smoking hot cougars, often with big sexual appetites that aren’t being filled by their husband. Is there really anything wrong with being the guy she takes out her sexual frustration on? I mean, she’s going to do it with someone, it might as well be you.

Remember that most married women who are online dating want to have sex outside of their marriage, but they don’t want to feel bad about it. You are going to have to be patient, and make sure she has an “out”. A good way to do this is to find something you have in common that can be her reason to talk to you or to meet with you. For example, if you both have an interest in photography, asking her to meet you casually to take photos gives her the feeling that she isn’t doing anything wrong, although you both know what you are after, and while pictures might be part of it, they are definitely not the end goal. You may find that it takes a while to coax a married woman into meeting you, so don’t invest a whole lot of time at once in any individual woman. Definitely make contact, but little bits over time. This will give her the time she needs to deal with her emotional stuff and really prepare herself to do exactly what it is that both she and you want her to do!